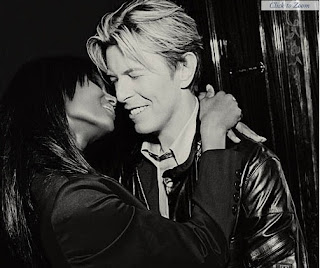 Posted by Unknown at 2:11 PM No comments:

--Filename: VLADIMIR PUTIN, LEONID BREZNEV[^]http://www.nytimes.com/1994/04/07/world/dresden-journal-from-the-ruins-shall-rise-a-church-and-a-symbol.html[HERR PIECH? WHAT IS IN A NAME][?][4][DEUSENBERG PHAETON: Save Your Soul, Buy My Car][4 Door Convertible DOVE CAR=PEACE]:= ' http://www.thedetroitbureau.com/ '

This follows the PURCHASE ORDER for the former Saleen Assembly facility in Irvine, California (* one block from ICV, LLC and Michelangelo Motorworks*) as well as the attempted (and failed) purchase of the IRVINE BMW Dealership, which was to have been converted to the first "Motorious Cafe", at the head of the [LOOP], where (pretty much) every brand of Used Cars is represented, and could act as a source of INVENTORY (* Motorious Cafe has NO INVENTORY CARRY COSTS ) for customers who desire to purchase a USED VEHICLE AND AN AFTERMARKET PACKAGE: $5,000.00 to $20,000.00 or more, in a SINGLE TRANSACTION; Motorious Credit.  The upgrades are redeemable in stages, as the customer gets comfortable with the expanding performance envelope of their customized car ( iMotors.com Adam Simms: 3 refurbishing centers and 2 test tracks/delivery locations in the U.S., capable of initial volume o 150,000 vehicles per year *).  Partnership with both driving schools: SPDI_SharpPerformanceDrivingInstitute, Mesa Arizona, Scott Sharp and the SCCA_SPortsCarClubofAmerica=scca.org, ensure that the customer learns how to properly and safely operate their vehicle, resulting in lowered insurance premiums.

The same DRIVER'S LICENSE (* linked to DMV, Social Security Number, Address, Vehicle Identification Number *), can be used to "swipe" (like  a credit card) for access to ADULT THEMED CONTENT on the "internet".  Microsoft .net, Google Wallet, Paypal....the INTERNET IS NOT SECURE.  Several Hundred Million (Billion?) credit card numbers have been stolen over the past few years to prove the point.  The Motorious VPN: Virtual Private Network, is a 256 bit PKI encrypted ATM: Assymetrical Transmission Mode network.  The same security as found in your average ATM network: PEER LINKED=Exodus Communications.  Three layers of redundancy.The TRANSFERRABLE Troy Systems Equifax check writing machines, located at CERTIFIED, participating and approved "retail and installation" facilities, will receive a PRINTED CHECK, after the work has been done, using STANDARDIZED Labor Install ("man hours") terms, and a SLIDING SCALE labor rate (depending on whether the customer chooses a DEALERSHIP, a "Jobber" aftermarket shop, or the service bays found at the repair shop at their local gas station[EXXON MOBIL: Pump No 8.com].  Like the Motorious Concierge product (a "virtual traveller's check"), the company takes the DEPOSIT from the customer, and invests in a high yielding "riskless" security: e.g. German Corporate Bonds, and profits on the "FLOAT" from the time of customer deposit, to the actual redemption of the "Traveller's Check" when the customer is in another country.The TRANSACTION FEE to the merchant for the privilege of carrying the "check" machine is 1.00% of the transaction, significantly less than that charged by MC/VISA, American Express and Discover Cards (leading to higher margins and increased profits for the retailer).The consumer must present his MOTORIOUS DRIVER'S LICENSE, with Cachet Smart Chip, to be swiped at the point of purchase.  The chip, like a (properly functioning SIM Card in a cell phone), stores the cumulative transactions, giving the consumer complete control over their transaction history. Properly functioning SIM Cards are supposed to be unique to the user, and securely back up, or store, information on the cell phone to a secure server "The Cloud", obviating the need to repeatedly enter one's contact list/address book in the event the phone is lost or stolen.Motorious had the option to develop an additional 3,000 Acres. Alan Huffman, brother of Todd Huffman (InVert TV: The G Shock Rush Hour, sponsored by motorious.com in 1999 on Fox Sports) took the video at the Mission Inn in Riverside California in 2001, where Bill Nietzchmann of Bank of America, the Riverside County Economic Development Agency, representatives from the city of Riverside, County of Riverside and the CA state legislature, John Parks, co-chariman of GGT: Greenspeed Global Technologies, the rest of hardhatbid.com, Heritage Construction all signed NON DISCLOSURE NON COMPETE agreements, all of which are being held by Joseph Patrick Kelly and my host during my due diligence from AM General, a division of AIG, and IP holder for the Talon-Tek, vehicle mounting system for a "laptop" computer into the AM General HUMMER, for Military Applications.

Frank @ Yippee Kay Yay! (Rancho Palos Verdes) and Daniel J. Ives, accosted me at the 2000 LA Auto Show: "California Dreamin', Booth K-901, Kentia Hall: 10,000 sq ft. PROTOTYPE RETAIL FACILITY: "The Motorious Cafe", complete with Nightclub, Liquor License, Gaming Lounge, Free Wi-Fi and computer access, Free coffee for customers, and fashion models "eye candy", which resulted in customer retention within the booth for as long as 8 hours (some guys just didn't want to leave). 1 million people walked through the booth, dozens of companies engaged in business development at the on site conference room, and 89,000 entered the motorious.ugo.com Vendetta Giveaway Sweepstakes: Of the 20 million banner ads on ugo.com and the 30 second spot which aired on Fox for 6 months: January 1, 2000 to June 30, 2000, >>90% of the entries occurred in the two week period the show ran, from one of the 12 monitors set up to capture their entries.   This suggests that the best "bang for your marketing buck" is not via "viral" or internet based campaigns (*or for that matter, the superbowl, unless you WERE the Pet Smart Sock Puppet......*), but EVENT DRIVEN marketing, where you can access the customer directly:

1. Formula One, World Cup Soccer
2. 24h Endurance Racing: Product testing for durability and reliability, for WARRANTEE
3. Touring Car: Race on Sunday, Buy (Sell) on Monday, "Stock Car" Racing[666]
4. VISION ENTERTAINMENT: Hot Import Nights, The Monte Carlo Mega Yacht Show, The Snow & Ski Epo
5. The Inaugural World Driving Championship, Halloween Weekend, Texas Motor Speedway, 2000, Charity Race benefitting the Make A Wish Foundation: LOI, July 2, 1999.  PACE CAR=Vendetta. Vehicles=Ford based "NASCARS".  Forward Motion Magazine ("Race Day Publication") sponsored by Ford and Harley Davidson (*F-150 Special edition, commemorating 100 years*), is meant to commemorate 100 YEARS of MOTORSPORTS in America=The Motorsports Hall of Fame, NOVI, Mich.  HOME PAGE. (*Michigan Speedway, Alternate Venue*)THE WINNER of the VENDETTA Giveaway is.......IP Address="Sex Bomb", Media Metrix/Neilsen survey January 19-22, 2000.The Federal Government has funded Tesla to the tune of hundreds of millions of dollars (how many jobs created?), stopped funding on Fisker Automotive (resulting in Fisker going to the European Investment Bank EIB.org in Brussels, after moving his outsource manufacturing to Valmet in Finland.  At some point, when that video is released to the media..we'll all marvel at how this "car company" will fund itself without loans from the Federal Government, rather, through the issuance of Government Bonds and other instruments which qualify as financing mechanisms for "small businesses" operating on (former) government or military land. I understand Israel's desire for energy independence, their investment in infrastructure to facilitate Electric Cars, and popularity of vehicles like the Nissan Leaf and Tesla.  You might as well throw in Chevy Volt, Opel Ampera and PIVCO's Th!nk in FInland.  A very small market which does not face the same challenges as the United States.I suppose I would have the opportunity to hire back (ex-UNION) a small portion of the displaced Auto Industry workers who were laid off from the Big 3.  Now that Chrysler and GM have "right sized" their distribution by cutting dealerships, my guess is that the missing link=GREENSPEED INDEX(tm), will bring the SYSTEM of Sub-Systems into a steady state equilibrium, or NASH EQUILIBRIUM.

(* Roof mounted solar panels: The ROOF of the CAR, the ROOF of your home*).  Using our jv for CONTRACTORS (* Home Depot, Lowe's, Best Buy...*) with HardHatBid, we provide an open forum, whereby  consumers can choose both the product that suits them (supplier) and the contractor to install them in their home.  FINANCING for these products at Ford Credit, Diana Choi,

Perhaps now when you hear the word "JOBS", you'll think about all the jobs which will be created in America for Americans once Mass Customization is reduced to practice.


magneto
Posted by Unknown at 2:04 PM No comments: